NOTICE OF COOKIES: This website is operated by Roche Diagnostics Australia Pty. Ltd., P.O. Box 955, 31 Victoria Avenue, Castle Hill, NSW 2154, Australia. Roche uses cookies to collect personal data relating to you and your browsing activity in order to improve the website and your browsing experience. For more information on our use of cookies and how you can indicate your preferences regarding the use of cookies, see our cookie policy.

NOTICE OF COOKIES: This website is operated by  Roche Diagnostics Australia Pty. Ltd, 2 Julius Avenue, North Ryde, NSW 2113, Australia. Postal Address: Locked Bag 2225, North Ryde NSW 1670. Roche uses cookies to collect personal data relating to you and your browsing activity in order to improve the website and your browsing experience. For more information on our use of cookies and how you can indicate your preferences regarding the use of cookies, see our cookie policy.

Temperature gradient vs. homogeneity: How can gradient PCR optimize your qPCR assay? 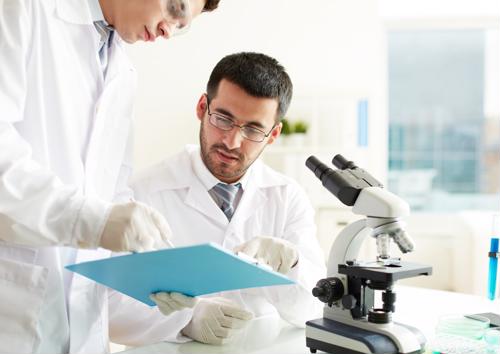 Optimization of qPCR conditions is essential for maximizing the efficacy and reproducibility of your assay. While there are numerous variables at play in your qPCR experiment, the most critical component for efficiency and robustness is optimization of your primers. Indeed, when designing new primers, it is critical to determine the proper annealing temperatures.

While many primers are variably effective at a range of annealing temperatures, there are instances where even a difference of 2-4 degrees Celsius could result in changing a target amplicon from undetectable to reliably robust. However, while PCR is typically started at 5 degrees Celsius below the calculated primer melting point (Tm), in most cases the optimal annealing temperature must be empirically tested.

Once your reactions are complete, you can run the PCR products on an agarose gel to see which annealing temperature produced the appropriately sized fragment as a single band. You may want to verify the fragment is indeed the correct product by sequencing or restriction enzyme digest. If multiple annealing temperatures seem to provide the appropriate target, choose the highest of these temperatures, as this should result in enhanced specificity due to hybridization of the primer to the template DNA at more stringent conditions.