NOTICE OF COOKIES:This website is operated by Roche Diagnostics India Pvt Ltd., B- 501/601, Silver Utopia, Cardinal Gracious Road, Chakala, Andheri East, Mumbai - 400099, Maharashtra, India. Roche uses cookies to collect personal data relating to you and your browsing activity in order to improve the website and your browsing experience. For more information on our use of cookies and how you can indicate your preferences regarding the use of cookies, see our cookie policy.

DNA methylation: Advances in methylomics and the importance of strandedness 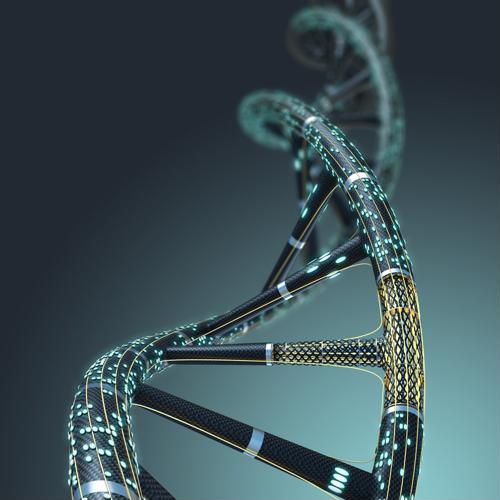 It has been nearly 12 years since the landmark publication of the first complete sequence of the entire human genome1. Indeed, the post human genome-sequencing era has seen exponential advances in large-scale genomic analyses that have paved the way for systematic evaluation of epigenetic modifications—including mapping DNA regulatory elements as well as genome-wide modifications such as DNA methylation and histone post-translational modifications—at the global (or epigenomic) level. With today's cutting edge technological advancements in high throughput methods to assess DNA methylation status at single-base resolution, researchers are obtaining groundbreaking data at flurried pace. Indeed, recent in-depth methylomic analyses have highlighted a previously unaddressed issue in epigenetic analysis—that of strand bias, or strandedness. In this article, we will review some of the basic principles of DNA methylation and discuss some of the recent data describing the biologic importance of understanding strand-bias in dynamic DNA methylation patterns.

DNA methylation can occur at cytosine or adenine nucleotides—although the latter is restricted to prokaryotic cells. Cytosine DNA methylation occurs at the fifth position of cytosine (5mC) and is an evolutionarily conserved process that creates a heritable, covalent epigenetic modification to DNA. It is estimated that only a small percentage of cytosines are methylated in human DNA (approximately 3 percent)2. While classically associated with gene silencing functions, we now understand that DNA methylation has a much more complex and dynamic regulatory role and is involved in diverse biological processes, including genomic imprinting, tumorigenesis, gene and transposon silencing, formation of chromatin structure, as well as X chromosome inactivation3.

DNA methylation in mammalian cells generally occurs at CpG dinucleotide sites via the conserved DNA methyltransferases family—including DNA methyltransferase 1 (DNMT1), DNMT3A, and DNMT3B. While the propogation of DNA methylation patterns is generally mediated by DNMT1, DNMT3A and DNMT3B are thought to regulate more dynamic methylation patterns, including de novo methylation sites3,4. Indeed, it is estimated that genome-wide, approximately 60-80% of the nearly 28 million CpG dinucleotides are methylated5. And while the majority of genomic DNA methylation patterns remain static, there are notable exceptions of dynamic and global methylation reprogramming in germ cells, pre-implantation embryos, embryonic stem cells (ESC), induced pluripotent stem cells (iPSC), and even brain cells3,4,6-8. Indeed, dynamic and active enzymatic regulation of mammalian DNA demethylation was found to occur via the conversion of 5mC to 5-hydroxymethylcytosine (5hmC) by the ten-eleven translocation (TET) family of dioxygenases9.

The translation of next-generation sequencing (NGS) technology to epigenomic analysis has propelled our understanding of DNA methylation by allowing determination of methylated cytosines at single base pair resolution in a strand-specific manner. This includes strategies such as whole genome bisulfite sequencing or target enrichment of bisulfite treated DNA. And while active methylation patterns have been elucidated in embryonic and pluripotent stem cells, scientists have only recently began to understand the complex role of DNA methylation changes in human disease.

Historically, CpG sites have been presumed to have symmetric methylation. However, recent studies have determined that there are strand specific differences in both CpG and non-CpG methylation sites13,14.  For instance, bisulfite PCR sequencing of both sense and anti-sense strands of the adenomatous polyposis coli (APC) tumor suppressor gene in hepatocellular carcinoma (HCC) samples revealed anti-sense strand-biased CpG methylation changes in a liver-specific manner13.

Together, these advancements in next-generation methylomics have only just begun to reveal the intricate and dynamic complexities of non-classical CpG and non-CpG methylation patterns. Importantly, discovering how these modifications contribute to embryonic development, cellular differentiation, and disease pathogenesis will provide enormous scientific advancements in our understanding of epigenomics.