NOTICE OF COOKIES: This website is operated by Roche Diagnostics Ltd., 18th Floor Rasa Tower, 555 Phaholyothin Road, Chatuchak Chatuchak BKK, Thailand 10900. Roche uses cookies to collect personal data relating to you and your browsing activity in order to improve the website and your browsing experience. For more information on our use of cookies and how you can indicate your preferences regarding the use of cookies, see our cookie policy.

At the dawn of methylation 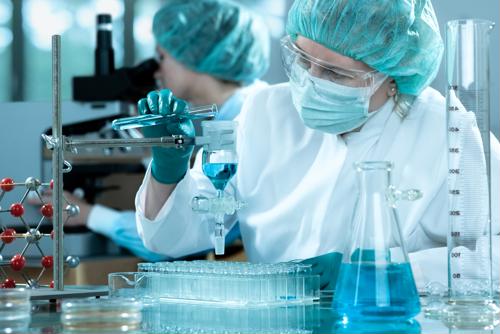 We are now more than a decade into the post-human-genome-sequencing era where exponential advances in large-scale genomic analyses have set the stage for systematic analysis of epigenetics - including DNA regulatory elements and modulation of gene expression propagated to a cell's progeny - at the global (or epigenomic) level.

With landmark achievements in cutting edge high throughput methods to determine DNA methylation status at single-base resolution, researchers are revolutionizing the study of epigenomics in the context of diverse biological and pathological processes. In this article, we will discuss some of the basic principles of DNA methylation as well as highlight recent advances in our understanding of dynamic DNA methylation patterns.

Basic principles of DNA methylation
Cytosine DNA methylation is an evolutionarily conserved epigenetic modification classically associated with gene silencing in eukaryotic organisms by producing a heritable, covalent modification to DNA. We now know that DNA methylation is in fact much more complex in it's genomic regulatory role, and is critical for diverse biological processes. This includes the silencing of genes and transposons, formation of chromatin structure, genomic imprinting, tumorigenesis, as well as X chromosome inactivation1. The importance of DNA methylation in mammalian development is underscored by the determination that mammalian methylation defects are often embryonically lethal 1.

Historically, it is estimated that approximately 60-80 percent of the nearly 28 million CpG dinucleotides in the genome are methylated 3. Conversely, CG-denes regions of several hundred to even thousands of base pairs - termed CpG islands - which are often located near promoter or transcription start sites of housekeeping and other regulatory genes, are relatively resistant to methylation and remain predominantly unmethylated, thereby allowing gene expression to occur.

The second major advance was the discovery of the enzymatic activity controlling active DNA demethylation in germ cells and embryos 4. In 2009, Tahiliani et al. published the discovery of the conversion of 5mC to 5-hydroxymethylcytosine (5hmC) in mammalian DNA by the ten-eleven translocation (TET) family of dioxygenases 5, elucidating the notion of dynamic and active DNA demethylation. Indeed, the identification of the TET-catalyzed iterative oxidation of 5mC to 5hmC proposed an intriguing mechanism that would allow for cell cycle independent DNA demethylation. In this mechanism, 5hmC is subsequently converted to 5-formylcytosine (5fc) and 5-carboxylcytosine (5caC), both of which are substrates for thymine DNA glycosylase-mediated base excision repair (BER), which results in the replacement of 5fc and 5caC bases by an unmethylated cytosine 4.

DNA methylation in cancer
While dynamic methylation patterns have been well studied in embryonic development and stem cells for many years, we have only recently began to understand the elusive role of aberrant DNA methylation changes that contribute to and occur in human cancers. Indeed, we have known the importance of DNA methylation in disease for many years, including a seminal study in 1988 by Cooper et al. clearly demonstrating the role of cytosine methylation in germline disease-causing mutations by enhancing the rate of germline C→T transitions within coding regions of disease-relevant genes 6.  More recent studies have demonstrated that human cancer methylomes often display global hypomethylation with concomitant aberrant de novo hypermethylation in various regions, including regulatory sites of tumor suppressor genes. This is thought to result in irreversible silencing of these genes with associated chromosomal instability. Accordingly, gene promoter regions of various tumor suppressors are extensively methylated in a multitude of cancer types 7,8.

Intriguingly, with advancements in generating high throughput cancer methylomes, we are only beginning to scratch the surface of the complexities of non-classical dynamic methylation, including the potential role of methylation in enhancers, insulators, CpG-poor promoters, CpG island shores (flanking CpG islands), as well as repetitive elements and gene bodies 8. Indeed, how these processes coordinate with other epigenetic modifications and chromatin structure formation in the context of cancer remains unclear, but do illustrate how we are at the cusp of an enormous leap in our understanding of epigenetics and will provide continued discoveries for years to come.