NOTICE OF COOKIES: This website is operated by Roche Diagnostics Ltd., 10F. No. 2 Min Quan East Road, Section 3, Code Taipei, 104, Taiwan. Roche uses cookies to collect personal data relating to you and your browsing activity in order to improve the website and your browsing experience. For more information on our use of cookies and how you can indicate your preferences regarding the use of cookies, see our cookie policy. 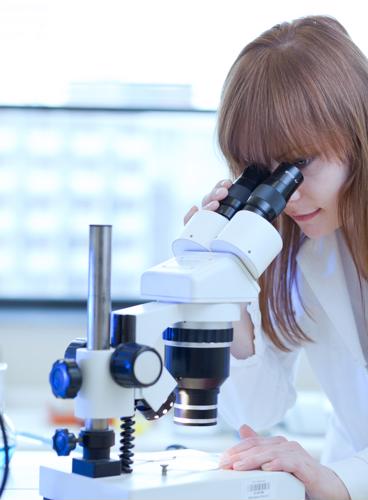 When designing RT-qPCR experiments, sometimes we have to stop and ask ourselves, what's probe got to do with it? How do you choose the best probe for your research?

There are numerous probe design strategies on the market these days and being able to optimize your assay design from the get-go will save precious time and energy in the long run. In this article, we will describe some types of available probes, discuss their pros and cons, and how to choose the best ones for your assays.

The development of fluorogenic probe-based RT-qPCR was a significant advancement in PCR technology. Indeed, intercalation-based DNA binding dye detection strategies (such as SYBR green) remain susceptible to non-specific signal generated from any double-stranded DNA. Thus, the inherent advantage of fluorogenic probes over DNA binding dyes is that fluorescent signal is only generated following specific hybridization between the probe and target DNA, and not with artifacts such as primer-dimer formation.

Moreover, fluorogenic probes can be labeled with distinct reporter dyes, allowing for multiplex reactions. Conversely, the major disadvantage of this approach is the need to design, synthesize and optimize multiple sequence-specific probes that will not interact or interfere with each other. Below we will summarize the most popular commercial fluorescent PCR probe-based real-time PCR chemistries. Others include Dual hybridization (or LightCycler® hybridization) probes, Molecular beacons and locked nucleic acids (LNA) based probes.

In a combined annealing and extension step, the probe anneals to the target sequence downstream of the 5' primer, then the dsDNA-specific 5' → 3' exonuclease activity of a DNA polymerase cleaves the probe as the primer is extended, liberating the reporter dye from the quencher dye and unmasking the reporter dye fluorescent signal. Each successive cycle cleaves additional probes, releasing more reporter dye molecules, and thereby increasing fluorescence signal in proportion to the amount of amplicon produced.

The major advantage of hydrolysis probes is high specificity due to the hybridization-dependent fluorescence produced, thus creating a high signal to noise ratio. Moreover, the availability of multiple reporter dyes makes multiplex reactions readily feasible. The disadvantages are the cost of the sequence-specific probes as compared to DNA binding dyes, as well as initial design optimization steps with more complex assay design.

Dual hybridization probes
These are also known as LightCycler® hybridization probes for the Roche LightCycler® Real-Time PCR systems. These are FRET-based assays that utilize the phenomenon of energy transfer from a donor to acceptor fluorophore in close proximity, where excitation is performed at the specific wavelength of the donor dye, resulting in energy transfer to the acceptor fluorophore. The reaction is subsequently monitored at the emission wavelength of the acceptor dye.

During the annealing step, the probes align in head to tail orientation and hybridize such that the donor and acceptor dyes are in sufficiently close proximity to allow FRET to occur, where the amount of acceptor fluorescence is in proportion to the amount of amplicon produced

The major advantage of hybridization probes is their maximal specificity for target identification due to their head to tail arrangement of two sequence specific oligonucleotide probes optimally spaced for high efficiency energy transfer (1-5 nucleotides). This high signal to noise ratio allows for more elegant melting temperature analyses, as a single nucleotide mismatch will reduce the melting temperature of the respective probe compared to a perfectly matched probe, which can be exploited for SNP and genotype detection studies. The major disadvantage is the need to design two sequence specific probes with optimal spacing for energy transfer.

Molecular beacons
Molecular beacons are sequence-specific oligonucleotide hairpin probes (25-40 nucleotides) with a 5' reporter and a 3' quencher dye that rely on the loop structure to bring the fluorophore and quencher in proximity. The loop portion of the hairpin is designed to hybridize a 15-30 nucleotide region of the target DNA sequence, while the stem is formed from complementary 5' and 3' ends of 5-6 nucleotides.

During the annealing step, the probe hybridizes to its target and then undergoes a conformational change that forces the arm sequences apart, separating the reporter and quencher dyes, thereby liberating fluorescence signal. Thus, the amount of fluorescence is proportional to the amount of target in the reaction. The major advantage of molecular beacons is that they are exceptionally specific, as the target sequence must match the beacon sequence precisely. This can be especially useful for genotyping experiments where specific allelic discrimination is required.

Similar to hydrolysis probes, they are readily amenable to multiplex design. The major disadvantage is the complex design required. Indeed, the stem must be stable enough to prevent non-hairpin conformations, but not too strong so as to prevent target hybridization.

Locked nucleic acids (LNA) based probes
The Roche Universal Probe Library (UPL) system is based on only 165 short hydrolysis probes that are labeled with 5' FAM and a 3' quencher dye. The advantage in this system is the ability to use short probes of just 8-9 nucleotides, resulting in extensive transcript coverage as they have been carefully selected to detect highly prevalent 8- and 9-mer motifs in the transcriptome.

The determination of target sequence is ensured by the use of sequence-specific primers. However, in order to maintain adequate hybridization with high specificity, locked nucleic acids (LNA) are incorporated into the sequence of each UPL probe. These LNA molecules are DNA nucleotide analogues where the ribose ring is "locked" with a methylene bridge, thereby enhancing base stacking with increased thermal stability.

LNA nucleosides form complementary base pairs in a standard Watson-Crick manner and can therefore be mixed with both DNA and RNA sequences. Moreover, the LNA-based UPL system is readily amenable to multiplex assay design with sequence-specific primers and optimized LNA-based UPL probes

Whether you need to maximize transcript coverage, specificity, ability to multiplex, or cost and time efficiency, there are numerous probe design strategies available to help you meet your research goals and optimize your RT-qPCR success.